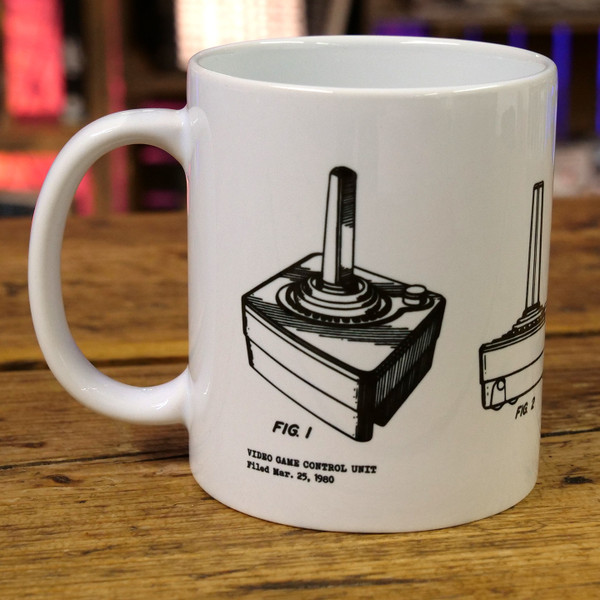 This is one of the designs from our popular patent posters printed onto a sturdy white mug so you can enjoy your favourite brew in style!

This presentation of the iconic joystick is made using the original patent documents in a layout which is exclusive to RMC.

The CX40 joystick was the first widely used cross-platform game controller. The original CX10 appeared in 1977, and was considered such a great advance over other controllers that it became the primary input device for most games on the platform. The CX10 was replaced after a year by the much simpler and less expensive CX40. The addition of the joystick port to other platforms cemented its popularity, and millions of CX40's were produced and used on almost every game console and home computer of the era.

The CX40 remains a common staple in video game iconography to this day, and is commonly referred to as the symbol of 1980s video game system design. The CX40 has been called "the pinnacle of home entertainment controllers in its day".