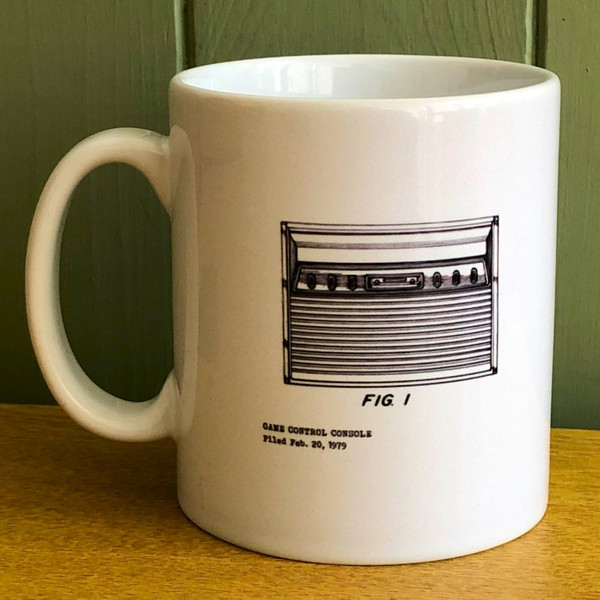 This is one of the designs from our popular patent posters printed onto a sturdy white mug so you can enjoy your favourite brew in style!

This presentation of an iconic 1970s console is made using the original patent documents in a layout which is exclusive to RMC.  Classic console patent design printed on a poster in your chosen size.

This Console was invented by Douglas A. Hardy and Frederick W. Thompson. In the patent, the device is described as "Game Control Console". The patent was issued by the United States Patent Office on February 20, 1979. The Atari 2600 (originally called the Atari VCS is a home video game console released in 1977 by Atari, Inc. It popularized the use of microprocessor-based hardware and ROM cartridges containing game code.

i am a Cave Dweller Mug